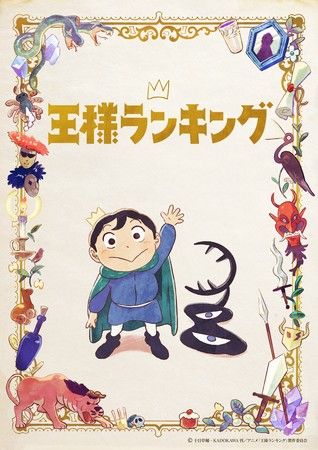 The Japanese Broadcast Critics Association introduced on Friday that the tv anime of Sōsuke Tōka‘s Ranking of Kings (Ōsama Ranking) manga received one of the 4 Galaxy Awards for March.

Since 1963, the Galaxy Awards honor excellent applications, people, and teams with the hope of bettering the standard of Japanese broadcast tradition. As the anime received a month-to-month award, it’ll even be a candidate for the affiliation’s yearly Galaxy Awards.

The affiliation acknowledged it chosen the anime for its depth of characters, multilayered story, “remarkably impressive action scenes,” and expressions of advanced emotions.

The Ranking of Kings anime premiered on October 14, and ran for 23 episodes. Crunchyroll and Funimation each streamed the sequence because it aired in Japan, and Funimation additionally streamed an English dub.

Tōka has been serializing the manga on the user-submitted manga web site Manga Hack and different venues since May 2017.