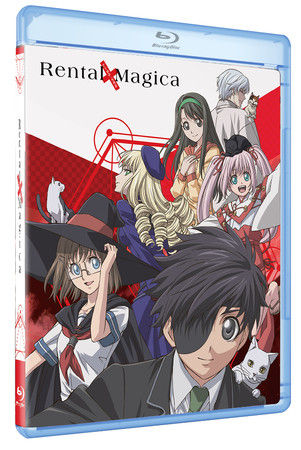 Right Stuf and Nozomi Entertainment announced at Anime Central on Saturday that they will release the anime adaptation of Makoto Sanda‘s Rental Magica light novel series on Blu-ray Disc on August 9. The company also confirmed will release the remastered home video version of the Mobile Suit Gundam Seed anime on as two Blu-ray Disc collections on July 12 and August 16, respectively.

Destroying supernatural monsters… dispelling dark magic… It’s all in a day’s work for the mages of Astral! However, after the mysterious disappearance of the company president, they’re left in a lurch. His son, Itsuki Iba, begrudgingly fills in, but Itsuki’s unfamiliarity with magic could spell bad news for Astral – especially with their rival Goetia vying for the very same contracts. As the jobs grow ever more dangerous, they soon find that staying in business is the least of their worries.

The release will be in Japanese with English subtitles and will feature extras such as a special promo, commercial spots, clean openings and closings, a U.S. trailer, and Nozomi trailers. 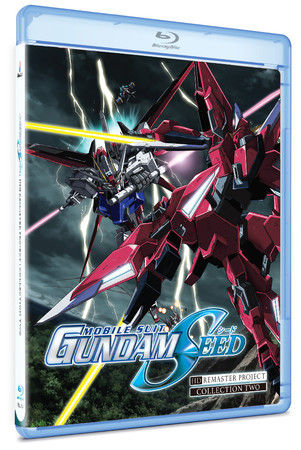 Year 70 of the Cosmic Era. The Coordinators, a group of genetically enhanced humans, have moved into colonies orbiting the Earth. But that hasn’t quieted the tensions between them and regular humans; the conflict soon escalates into a full-scale war. On the neutral colony of Heliopolis, Kira Yamato, and his friends are going to school and just being kids. But when the ZAFT commando forces attack, Kira’s life changes forever.

Left with no choice, he and Federation officer Murrue Ramius are thrown into battle in a prototype mobile weapon, which Kira christens “GUNDAM.” Now, Kira must defend himself and his friends from his own people. For, unknown to anyone else, Kira is a Coordinator. And the enemy he faces on the battlefield is his childhood best friend, Athrun!

The second disc collection for the anime will include the episodes 25 to 48 of the anime in high-definition.

A fierce three-sided battle begins outside the Mendel colony. While the Archangel takes on the Dominion, the Eternal and Kusanagi attempt to fight off Le Creuset’s ships. In the midst of this chaos, Le Creuset sets Flay adrift in a lifepod, entrusting her with what he claims is the key that will end the war.

The Archangel, Eternal and Kusanagi fight to prevent both sides from using their weapons of annihilation. At the controls of his own new Gundam, Rau Le Creuset enters the fray to ensure that the war builds to a crescendo of devastation. Three lone ships and a handful of people are all that stand between humanity and total destruction.

The anime premiered in Japan in 2002 and later aired on Cartoon Network in the U.S. Bandai Entertainment previously released the series on DVD in English in North America. Right Stuf then released the series in an Ultra Edition Blu-ray (featuring the show with the HD remaster and in SD) in North America in 2020. The above two-release collection in August will only include the HD remaster.