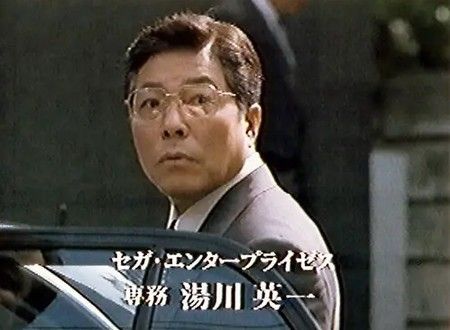 Yukawa is best known for starring in and playing himself in lighthearted Dreamcast commercials in 1998. Yukawa was also known as “Mr. Sega.” He played himself as the character “Mr. Yugawa” in Sega‘s Shenmue game.

Yukawa originally worked at computer service firm CSK Corporation, which then bought Sega in 1984. He became the company’s senior managing director in 1998, the same year the Dreamcast launched in Japan.