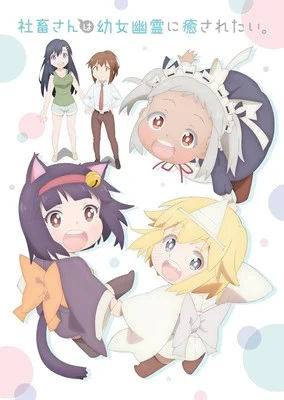 The story follows the on daily basis lifetime of Fushihara, a woman who’s a “slave” to her agency and Yūrei the ghost lady who wants to help her.

The anime will premiere on AT-X, Tokyo MX, BS-NTV, and BS-Fuji in April.