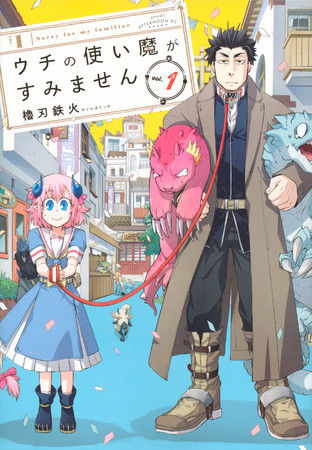 This year’s June issue of Kodansha‘s Good! Afternoon magazine revealed on Saturday that Tekka Yaguraba‘s Sorry For My Familiar (Uchi no Tsukaima ga Sumimasen) will end in the magazine’s next issue on June 7.

Sorry For My Familiar began in Good! Afternoon in January 2016. Kodansha published the manga’s 10th compiled book volume on January 7.

The story takes place in the demon realm, where all demons are accompanied by familiars. However, not-so-clever demon Pati does not have one, until she reluctantly chooses a human named Norman as her familiar.