Several performances of the first stage play adaptation of Hayao Miyazaki and Studio Ghibli‘s Spirited Away anime film have been canceled because lead actress Kanna Hashimoto (pictured on left poster below) has been diagnosed with COVID-19. Hashimoto had throat issues on Tuesday, and tested positive on a PCR test. Her symptoms are mild. Performances in Fukuoka on Tuesday, as well as the shows starting at 12:00 p.m. on Wednesday and Thursday have been canceled. The staff will make announcements regarding future performances on Wednesday. 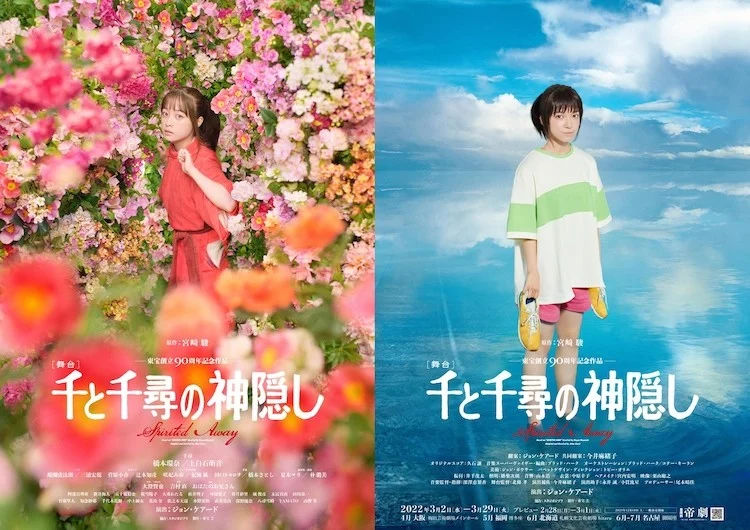 The play ran at TOHO‘s Imperial Theatre from February to March, then in Osaka in April. The play is running in Fukuoka in May. Then, it will run in Sapporo in June, and Nagoya in June and July.

Spirited Away was previously the highest-grossing Japanese film worldwide until Demon Slayer – Kimetsu no Yaiba – The Movie: Mugen Train surpassed the record. Spirited Away remains the only non-English-language title to win the Academy Awards’ Best Animated Feature award, which it earned in 2003.