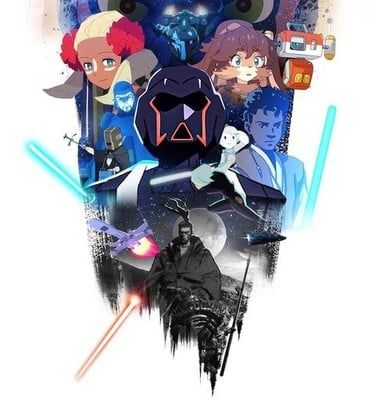 Lucasfilm announced at Star Wars Celebration Anaheim 2022 on Sunday that the Star Wars: Visions project will have “Volume 2” next year. The staff then verbally said they plan to release the volume in spring 2023. The announcement video teased that creators from the United States (specifically, California), Chile, the United Kingdom, Ireland, France, Spain, South Africa, India, South Korea, and Japan are involved.

Earlier in the event’s “A Look Back at Star Wars: Visions” panel, James Waugh, the Senior Vice President for Franchise Content and Strategy at Lucasfilm, said, “I can guarantee everyone in this room that Star Wars and anime have a very bright future.” Waugh has asked the audience members if they were interested in more Star Wars anime such as Star Wars: Visions.

The first volume of Star Wars: Visions is an anthology of nine animated shorts from Japanese creators and anime studios. Studios such as Trigger, Kinema Citrus, Kamikaze Douga, Science SARU, Production I.G, and Geno Studio produced the shorts. The anthology debuted on Disney+ in September 2021.

Source: “A Look Back at Star Wars: Visions” panel