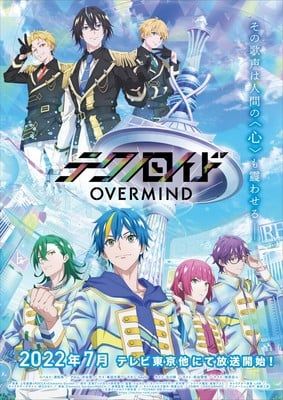 Ka Hee Im (episode director on Aikatsu Stars!, Aikatsu Friends!, Sonny Boy, Yashahime: Princess Half-Demon) is directing the anime at Doga Kobo and Ai Yoshimura (director on Blue Spring Ride, Dance with Devils, My Teen Romantic Comedy SNAFU) is supervising. Ayumi Sekine (IDOLiSH7, Makura no Danshi, The Night Beyond the Tricornered Window) is in control of the sequence scripts, and Saori Sakiguchi (number24) is designing the characters based mostly on the unique designs by LAM (takt op. Destiny).

Elements Garden (music composer for Uta no Prince Sama, Symphogear franchises) and RUCCA (theme music lyrics for ID: INVADED, Bloom Into You) are composing the music, and Yukio Nagasaki is directing the sound. LAM and Katō’s Rai-Rai Public Company, Ltd. created the title and emblem, and LOGIC&MAGIC is producing the CG.

The story of “wretched, beautiful androids” is ready on the leisure tower Babel, the brand new supply of hope for humanity after local weather change has submerged the world underwater. Several distinctive musical models compete to rise to the highest of Babel, by shifting the hearts of each people and androids with their performances.

The smartphone recreation within the franchise is titled Technoroid Unison Heart, and it launched on January 21.