Japanese distributor Media Do, Tezuka Production, and South Korean comic company Copic Communications announced on Thursday that the companies are producing a Japanese-South Korean vertical-scrolling webcomic remake of Osamu Tezuka‘s classic Dororo manga. The manga will serialize simultaneously in Japan and South Korea in December, with plans for a global release after the South Korean serialization concludes. 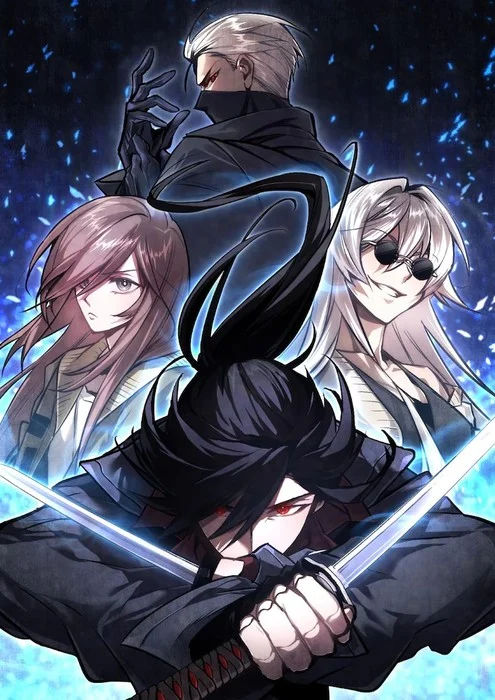 The comic moves the setting from feudal Japan to the modern day, where yōkai and criminals conspire with each other in the shadows to control a new form of magic called “science.” The immortal Hakki, the main character, is Hyakkimaru from the original manga, still seeking lost parts of his body hundreds of years later. He has an encounter with Roro, a boy who bears an uncanny resemblance to his old traveling companion Dororo.

Vertical previously released Tezuka’s original 1967 Dororo manga in three volumes, and in a collected omnbius volume in 2012, and it describes the manga:

Daigo Kagemitsu, who works for a Samurai general in Japan’s Warring States period, promises to offer 48 body parts of his unborn baby to 48 devils in exchange for complete domination of the country. When the baby boy is born, Daigo has him thrown into a river, hoping the boy will die. A kind sage, however, finds him and adopts him. The sage fits out his poor son with prosthetics.

Time goes by and the baby grows into a boy who calls himself Hyakkimaru. Everytime Hyakkimaru eliminates a devil, he retrieves one of his missing body parts. Hyakkimaru meets a boy thief named Dororo and together they travel the countryside in search of the devils who possess Hyakkimaru’s parts. Throughout their travels, they face monsters and ghosts.

Kohei Horikoshi: 'If Things Go Smoothly My Hero Academia Will Meet Its Goal in 1 Year'

Kodansha Comics Publishes 'Having an Idol-Loving Boyfriend is the Best!,' 9 More New Manga in March