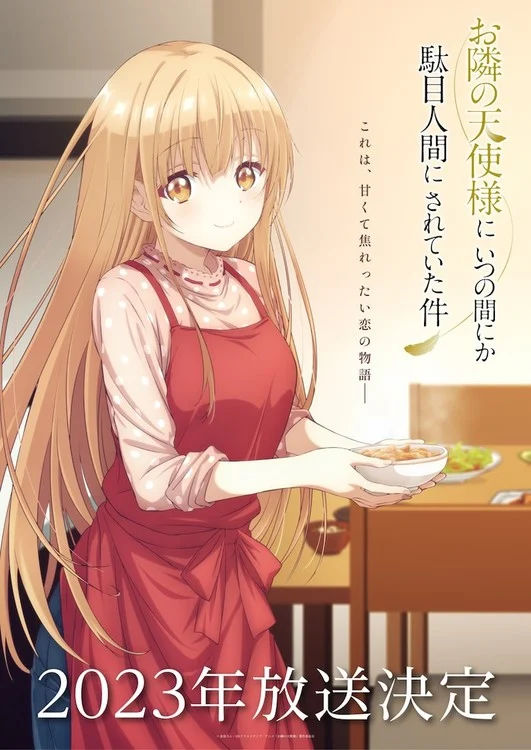 Yen Press has been publishing the light novel series in English, and it describes the romantic comedy:

Amane lives alone in an apartment, and the most beautiful girl in school, Mahiru, lives just next door. They’ve almost never spoken—until the day he sees her in distress on a rainy day and lends her his umbrella. To return the favor, she offers him help around the house, and a relationship slowly begins to blossom as the distance between them closes…

Kenichi Imaizumi (Brynhildr in the Darkness, third Kingdom Season) is directing the anime at project No.9, and Keiichirō Ōchi (Adachi and Shimamura, The Quintessential Quintuplets) is in charge of the series scripts. Takayuki Noguchi (Queen’s Blade: Rebellion, Cinderella Nine) is designing the characters.
Moe Hyūga (O Maidens in Your Savage Season, Steins;Gate 0) is composing the music. 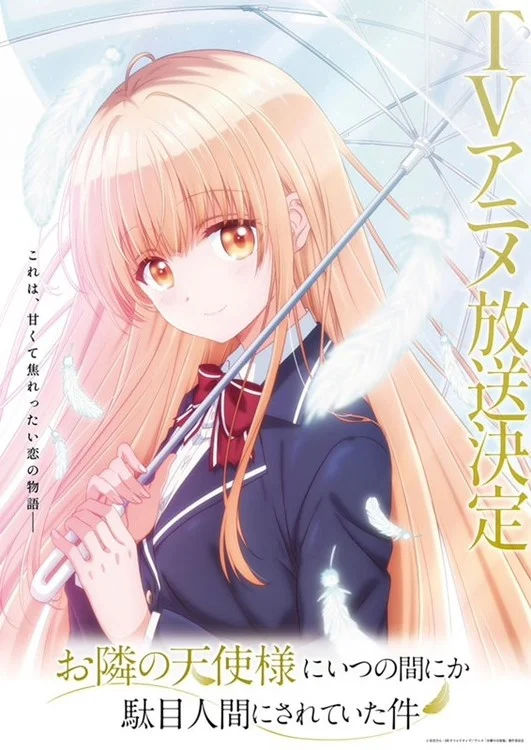 Saekisan began serializing the story on the “Shōsetsuka ni Narō” (Let’s Become Novelists) website in December 2018. SB Creative‘s GA Bunko imprint began publishing the story in print volumes with illustrations by Hanekoto in June 2019, and the series has over 500,000 copies in circulation. A manga adaptation launched on the Manga Up! service on January 6.