historia announced on Wednesday that FuRyu’s The Caligula Effect 2 sequel game will get a release on PC via Steam worldwide on June 22 (June 23 in Japan).

A new “Retro Tatefushi Uniform” costume will be available at the PC version’s launch. The costume will also come to the PlayStation 4 and Nintendo Switch versions at a later date. 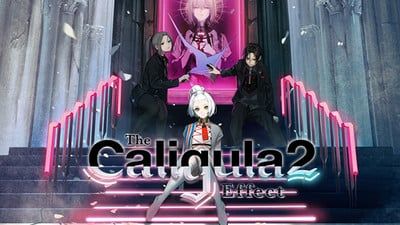 The game launched for Nintendo Switch and PlayStation 4 in October in North America and Europe. The game features Japanese audio with English text. The game shipped for PS4 and Switch in Japan in June 2021.

A virtuadoll named Regret has created the world of Redo in order to save people from their past regrets by unknowingly imprisoning them in a simulation. However, this “paradise” is shaken to the core when a virtual idol named χ breaks into Regret’s virtual reality and restores a high school student’s memories of the real world. In order to escape Redo, they re-establish the Go-Home Club, a resistance group that seeks to fight against Regret and her enforcers, the Obbligato Musicians.

FuRyu’s The Caligula Effect PlayStation Vita game shipped in Japan in June 2016. Atlus USA launched the game in North America and Europe in May 2017, and the release was digital-only in the West. The Caligula Effect: Overdose remake launched for PlayStation 4, Nintendo Switch, and PC via Steam in North America in March 2019. The game shipped in Japan for PS4 in May 2018.

The Caligula television anime adaptation premiered in Japan in April 2018, and Crunchyroll streamed the 12-episode series as it aired in Japan. Discotek Media licensed the anime and released it on Blu-ray Disc in August 2020.