The June issue of Kodansha‘s Monthly Shonen Sirius magazine revealed on April 26 that Satoshi Shiki will launch a new manga titled Akuma Kōjo (Demon Princess) in the magazine’s next issue on May 26. The manga adapts Biyori Harunohi’s original story. The manga will have an 82-page first chapter, and will have a color opening page.

The manga centers on a demon girl who constantly dreams of a world full of light in a modern world with schools, trains, buses, friends, family, movies, and books. At the end of the dream she finds herself in a white room, before being engulfed by darkness and waking up again. She yearned so much for that world of light that when a summoning circle appears before her, she steps into it, and awakens into the body of a baby within a holy kingdom.

Harunohi serialized the original story on the Shōsetsuka ni Narō website in 2015, followed by a sequel that began in 2016 and is still ongoing. The novels will have a print edition with illustrations by Geso Umiu, with Kodansha releasing the first volume on June 2. 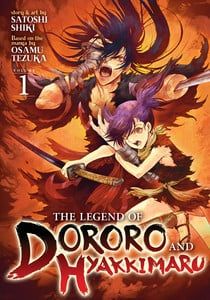 Shiki (XBlade, XBlade Cross, Daphne in the Brilliant Blue) ended the Attack on Titan: Before the Fall manga in March 2019.