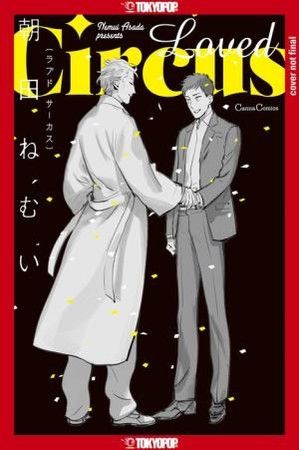 Tokyopop announced in its Anime Central panel on Saturday that it has licensed Nemui Asada’s Loved Circus manga. Barnes & Noble lists the manga for release on December 6.

An average, run of the mill office worker, Kei racked up a huge amount of debt trying to help his hostess girlfriend move away from her line of work. When his efforts fell short, he tried to end his own life… but found himself rescued from death by the proprietor of Loved Circus, a brothel for gay men. Facing the hard truth that his girlfriend lied to him, he agrees to stay and join the four employees of the circus to work off his life debt, learning about the clients, his fellow sex workers, and the goings on in Tokyo’s less known nightlife.