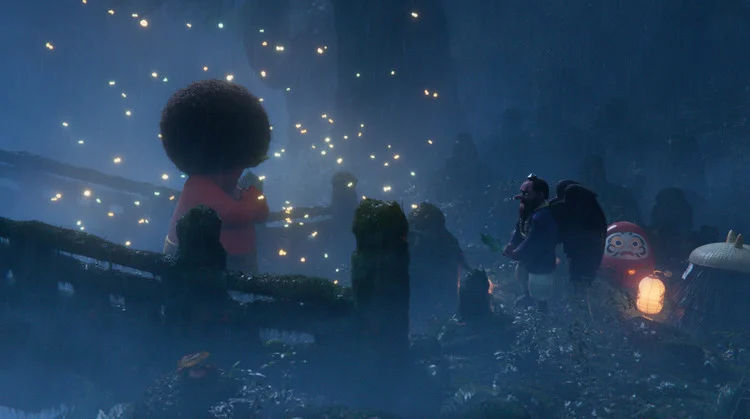 Netflix confirmed on Thursday that the series will be four-episode “animated event series,” and it describes the story:

In a world filled with the oddball gods and monsters of Japanese mythology, one of the creature’s free-spirited daughters, Onari, is determined to follow in the footsteps of the mighty heroes of lore, but her unique powers are yet to be revealed. Does she have what it takes to fight to protect her peaceful village from the encroaching threat of the gods’ mysterious enemies, the “Oni”?

Daisuke “Dice” Tsutsumi (Hayao Miyazaki‘s nephew-in-law, art director on Toy Story 3 and other works by Disney and Pixar) is the project’s creator and showrunnner. He describes the project and the English cast: “The story of a brave girl caught between two worlds divided is, at its core, not only a very personal story for me, but one that’s become personal for everyone involved including our absolute dream cast. Every one of these incredible talents from our dream list accepted with such passion and empathy for the story, and collaborating with them has been equally humbling and inspiring. They’ve given souls to our characters and unparalleled performances for our animators.”

Mari Okada (Toradora!, A Lull in the Sea, Mobile Suit Gundam: Iron-Blooded Orphans, Kiznaiver, Dragon Pilot: Hisone and Masotan, Maquia – When the Promised Flower Blooms, Her Blue Sky, A Whisker Away) is scripting the series.

Tsutsumi and Kondo founded Tonko House in 2014 and debuted the 18-minute Oscar-nominated short film “The Dam Keeper” in the same year.

thatgamecompany's Sky: Children of the Light Game Gets Animation Project