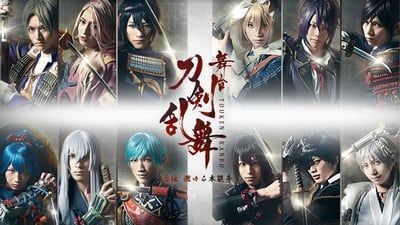 The play’s director and playwright Kenichi Suemitsu (Welcome to the Ballroom) returns to oversee and write the series scripts. While the announcement did not specify the anime’s medium or format, it teased that its “broadcast window and other details” will be announced as soon as they are confirmed.

The Touken Ranbu “sword personification training game” takes famous swords from Japanese history and interprets them as bishōnen. Nitroplus designed the characters and scenario. The game launched in Japan in January 2015.

Johren released the original Touken Ranbu browser game in English in April 2021, and released the smartphone version of the game in August 2021.

KOEI Tecmo Games’ Touken Ranbu Warriors game launched in Japan for PC and Switch on February 17, and will launch for Switch in North America on May 24.