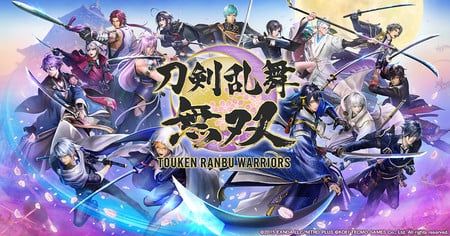 A listing on Steam confirmed on Tuesday that KOEI Tecmo Games and DMM Games‘ Touken Ranbu Warriors game will launch for PC via Steam in English on May 24. The game was previously only slated for an English release on the Nintendo Switch. The Steam release will also feature text and subtitles in Simplified Chinese, Traditional Chinese, and Japanese.

The game will launch for Switch in North America on the same day.

A playable demo for the game is available on Steam and the Nintendo eShop.

In Touken Ranbu Warriors, members of Touken Danshi have been drifting through time without their master – the Saniwa – to lead them, when they are suddenly attacked by the fearsome History Retrograde Army (HRA). After the initial conflict, the Touken Danshi are approached by the Government of the Time, and sent on a mission into the war-torn Sengoku Era where the revision of Japanese history is already underway. Can the Touken Danshi heroes restore order while restoring the original timeline? The fierce but beautiful battles of the Touken Danshi are finally a reality!

The game is the first Touken Ranbu game for a game console system, and it will recreate the Touken Ranbu world in 3D. The game will feature 15 characters from Touken Ranbu -Online-.

The overall franchise based on the “sword personification training game” also includes several anime, a series of stage musicals, a series of stage plays, and two live-action films. The game launched in Japan in January 2015. The game takes famous swords from Japanese history and interprets them as bishōnen. Nitroplus designed the characters and scenario.

Johren released the original Touken Ranbu browser game in English in April 2021, and released the smartphone version of the game in August 2021.

Delving into RPG Maker Horror in Translation with vgperson