The official website for Kadokawa‘s Monthly Dragon Age magazine revealed on Sunday that the magazine will launch a spinoff manga based on author Yomu Mishima and illustrator Monda‘s Trapped in a Dating Sim: The World of Otome Games is Tough for Mobs (Otome Game Sekai wa Mob ni Kibishii Sekai Desu) light novel series in the next issue on June 9. 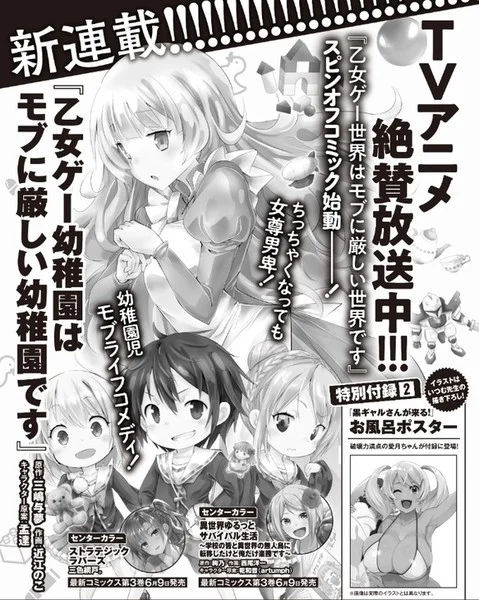 Seven Seas Entertainment is releasing the original novels and Jun Shiosato‘s main manga adaptation in English, and it describes the story:

Office worker Leon is reincarnated into a particularly punishing dating sim video game, where women reign supreme and only beautiful men have a seat at the table. But Leon has a secret weapon: he remembers everything from his past life, which includes a complete playthrough of the very game in which he is now trapped. Watch Leon spark a revolution to change this new world in order to fulfill his ultimate desire…of living a quiet, easy life in the countryside!

A television anime adaptation of the novels premiered on April 3. Crunchyroll is streaming the anime and is also streaming an English dub.