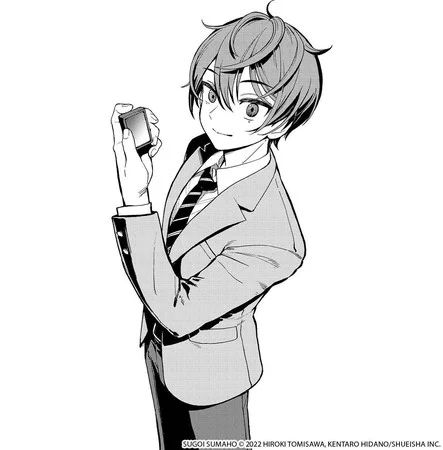 Viz Media announced on Friday that it will add author Hiroki Tomisawa (Senka no Kanojo, Who I Am: Kore ga Jibun da! to iu Kagayaki) and artist Kentarō Hidano’s Super Smartphone (Sugoi Smaho) manga in English on Sunday. Shueisha‘s MANGA Plus service has yet to announce if it will also release the series.

Viz Media stated the manga follows a high school student who “finds a phone that can search for anything on Earth and uses it to solve difficult crime cases.”

Hidano and Rokurō Sano’s ZIGA manga debuted in Weekly Shonen Jump in March 2018, and ended in June 2018. Viz Media published the first three chapters in English as part of its Jump Start initiative.

Interspecies Reviewers Manga Goes on Hiatus Due to Artist's Illness