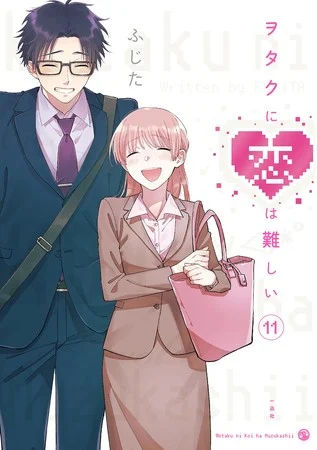 Ichijinsha launched on Monday that Fujita‘s Wotakoi: Love is Hard for Otaku (Otaku ni Koi wa Muzukashii) manga is inspiring a stage play which will run at Tokyo’s Theater Sun Mall from May 11-15.

The play will star:

Mizuki Sano is directing the play and Masafumi Hata is writing the script.

Kodansha Comics is releasing the manga in English, and it describes the story:

Narumi Momose has had it powerful: every boyfriend she’s had dumped her as quickly as they found she was an otaku, so she’s gone to good lengths to cowl it. When a possibility meeting at her new job with childhood buddy, fellow otaku, and now coworker Hirotaka Nifuji nearly will get her secret outed at work, she comes up with a plan to make sure he on no account speaks up. But he comes up with a counter-proposal: why wouldn’t she merely date him instead? In love, there are usually not any save components.

Fujita launched the manga on the image sharing website online pixiv in 2014. In November 2015, the manga moved to Ichijinsha‘s Comic POOL digital manga journal. The manga ended on July 16. Ichijinsha printed the manga’s eleventh and shutting amount on October 14. Kodansha Comics launched the fifth omnibus amount on October 5. The manga might have a by-product which will appear in pixiv‘s digital manga service comic Pool.

A live-action film adaptation of the manga opened in Japan in February 2020. The film debuted at #1 in its opening weekend.