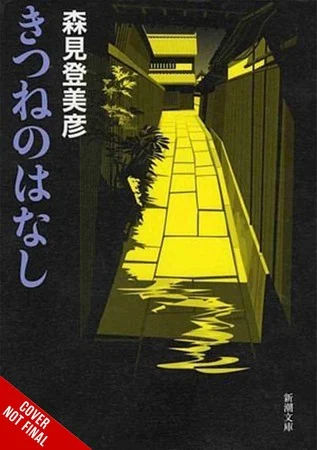 Yen Press announced on Friday that it will release Tomihiko Morimi‘s Fox Tales (Kitsune no Hanashi) short story collection in hardcover and digital in November.

The company describes the collection:

A collection of four spooky tales for the modern era, all tied to a certain Kyoto curio shop. A basket wriggles, a masked man lingers in the dark, and things are offered, lost, and forgotten. What mysteries lie hidden in the city’s winding streets? Tomihiko Morimi offers a stylish glimpse into the beguiling and mysterious darkness of the old capital.

The novel originally launched in Japan in October 2006.

Morimi’s The Eccentric Family, penguin highway, The Night is Young, Walk on Girl, and The Tatami Galaxy novels have each inspired anime adaptations, and the Tatami Time Machine Blues is also inspiring an upcoming anime that will screen in theaters on September 30 before later streaming on Disney+ this year.