NIS America announced on Wednesday that it will release Yomawari 3, a new game in Nippon Ichi Software‘s Yomawari horror series, in the West for Nintendo Switch, PlayStation 4, and PC via Steam in fall 2022. The company streamed an announcement trailer:

The game will get a limited edition that includes a soundtrack, pin set, art card collection, and collector’s box. 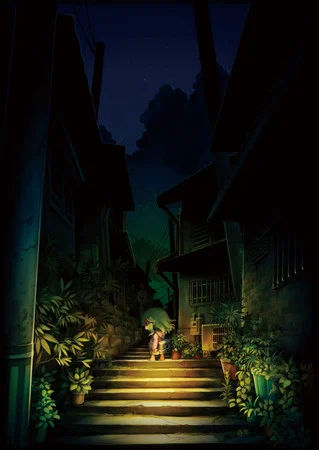 The game launched for Switch and PS4 in Japan on April 21.

In the original Yomawari: Night Alone game, players take the role of a little girl who uses a single flashlight to search in the night for her lost sister and dog. The sequel uses a similar concept as the first game, but with two new girls searching for each other.

Nippon Ichi Software developed the first Yomawari game for PS Vita and released it in Japan in October 2015, and NIS America released physical and digital editions for the game in North America and Europe in October 2016. The game also launched worldwide on PC in October 2016.

Yomawari: Midnight Shadows shipped in Japan for the PlayStation 4 and PlayStation Vita in August 2017 and NIS America released the game for PS4, PS Vita and PC via Steam in North America and Europe in October 2017.