Yoshihiro Togashi created a Twitter account and teased on Tuesday that his Hunter X Hunter manga would return from its current hiatus. He posted a picture with a manuscript with the number “6” and stated that there were four more chapters “for now.” Togashi commented in Shueisha‘s Weekly Shonen Jump magazine that he has finished the rough drafts for 10 chapters, which is the typical amount for a compiled book volume. The number “6” refers to how many manuscripts he has finished out of those 10 chapters, which means there are four more to go. He did not reveal when the chapters would debut.

Update: Togashi added a picture with the number “7” on Friday.

Togashi also shared a picture of what appears to be an illustrated tree. 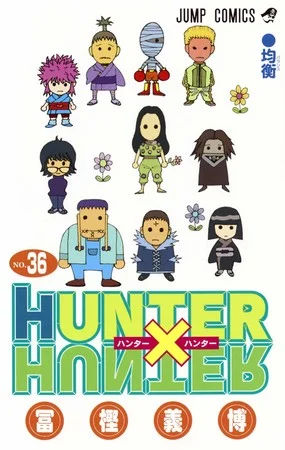 The manga’s second television anime adaptation premiered in Japan in 2011 and ran for 148 episodes. The final episode premiered in 2014.

Konjiki no Gash/Zatch Bell! Manga Gets New Series in Mid-March