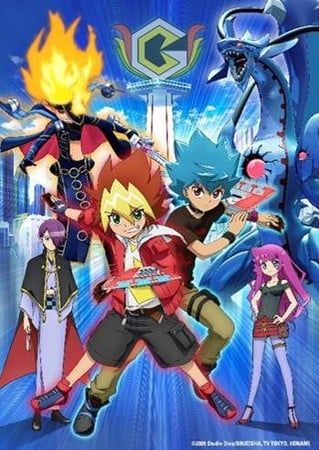 Konami announced on Thursday that it will launch the Yu-Gi-Oh! Sevens anime in the U.S. in June 6 on Disney XD and June 7 on Hulu.

The seventh main anime series in the Yu-Gi-Oh! franchise premiered on TV Tokyo and BS-TV Tokyo in April 2020. The anime suspended production after the fifth episode aired in May 2020, but then resumed broadcast in June 2020, and began airing more new episodes in August 2020. The series began its second season in June 2021.

The anime features a protagonist in elementary school for the first time in the franchise. The anime has a new “Rush Duel” rule and takes place in the future in the town of Gōha. Yūga Ōdō, a fifth-grade student, loves both inventions and dueling. His classmate Rook is a self-styled “number one duelist at Gōha 7 Elementary School.” Gakuto is the school’s student council president, and Romin is Yūga’s classmate.

The new anime commemorated the 20th anniversary of the anime franchise. Konami had announced the series with the teasing phrase, “the history of the Yu-Gi-Oh! anime series will change.”

Yu-Gi-Oh! Go Rush!!, the eighth main anime series in the Yu-Gi-Oh! franchise, premiered on April 3. The anime is set in the birthplace of the popular card game Rush Duel, Mutsuba-cho. Naoya Sugita and Masahiro Hikokubo launched a new manga for the anime series in the May issue of Saikyō Jump on April 4.