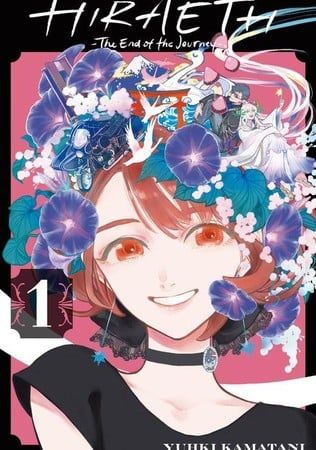 The June topic of Kodansha‘s Morning two journal revealed on Friday that Yuhki Kamatani‘s Hiraeth: The End of the Journey (Hiraeth wa Tabiji no Hate) manga will end in the journal’s subsequent topic on May 20.

Kamitani launched the manga in Kodansha‘s Morning two journal in October 2020. Kodansha revealed the second amount in Japan on November 22.

Kodansha Comics is releasing the manga in English digitally, and it describes the assortment:

After the demise of her best pal, Mika is determined to watch her into the grave. But her suicide strive introduces her to a world not like every she’s ever seen…full of gods and spirits and entities of which she may in no way have dreamed. But even with this world of marvel, can she uncover a way out of her sorrow?

Kamatani revealed the 14-volume Nabari No Ou manga in Square Enix‘s Monthly G Fantasy journal from 2004 to 2010. Yen Press launched the manga in English. The manga impressed a television anime assortment in 2008, and Funimation launched the anime in North America in 2009.

Kamatani launched the Our Dreams At Dusk: Shimanami Tasogare manga in the first topic of Shogakukan‘s seinen journal Hibana in March 2015, and moved it to the Manga ONE app when Hibana ended serialization in August 2017. The manga ended with the fourth amount in 2018. Seven Seas launched the manga in English.

Healer Girl Original Anime Gets Manga Spinoff on May 26