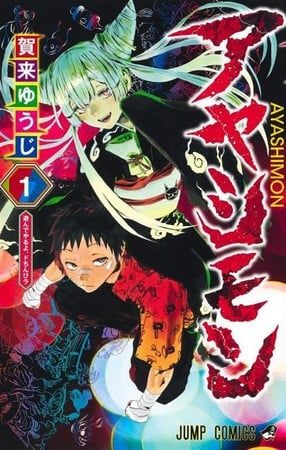 Shueisha‘s MANGA Plus service as well as Viz Media‘s website and app are releasing the manga in English. MANGA Plus describes the story:

Maruo, a boy starved for battle, meets Urara, a girl trying to escape from underworld thugs… A supernatural yakuza story by Yūji Kaku, the creator of Hell’s Paradise: Jigokuraku!

The manga launched in Japan in November 2021. Shueisha published the first compiled volume in Japan on March 4.

The manga is inspiring a television anime adaptation at MAPPA, and is also inspiring a stage play that will debut this fall.