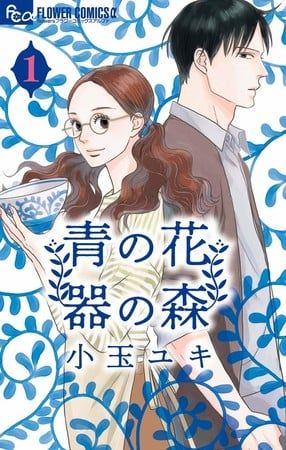 Yuki Kodama ended her Ao no Hana Utsuwa no Mori (Blue Flower Forest of Vessels) manga in the May concern of Shogakukan‘s Flowers journal on Monday. Shogakukan will publish a two-chapter facet story for the manga in the journal’s subsequent two points. Kodama will then launch a brand new manga in the identical journal in its October concern on August 26.

The manga launched in March 2018 in the journal, and reached its climax in the April concern on February 28. Shogakukan printed the manga’s ninth quantity on March 10.

The manga takes place in Hasamichō in Nagasaki prefecture and facilities on Aoko, who’s a ceramics painter, and her romance with a younger man named Tatsuki who visits her studio.

Kodama (Tsukikage Baby, Chiisako no Niwa) launched her nine-volume Sakamichi no Apollon (Kids on the Slope) manga in Monthly Flowers in 2007, and ended the collection in March 2012. Shogakukan printed a one-volume spinoff manga titled Sakamichi no Apollon: Bonus Track in November 2012.

The manga impressed a tv anime adaptation on Fuji TV‘s late-night Noitamina programming block in April 2012. Crunchyroll streamed the anime because it aired below the title Kids on the Slope, and Sentai Filmworks launched the collection on house video in 2013.

The manga additionally impressed a live-action movie that opened in Japan in March 2018.