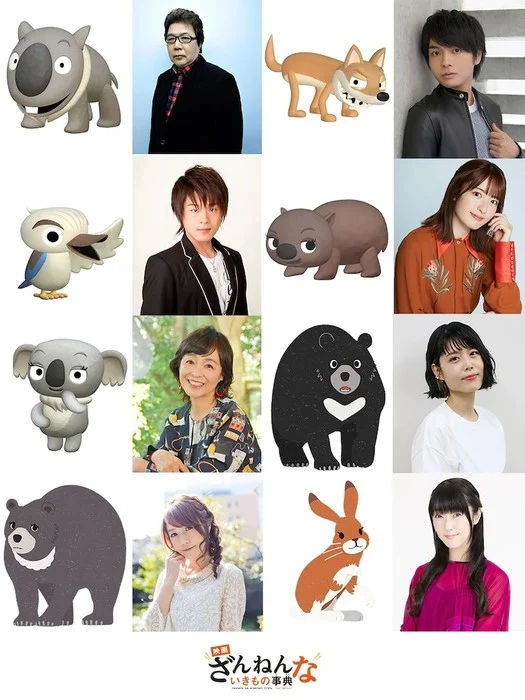 The cast includes:
(Left column, top to bottom in image above)

(Right column, top to bottom in image above) 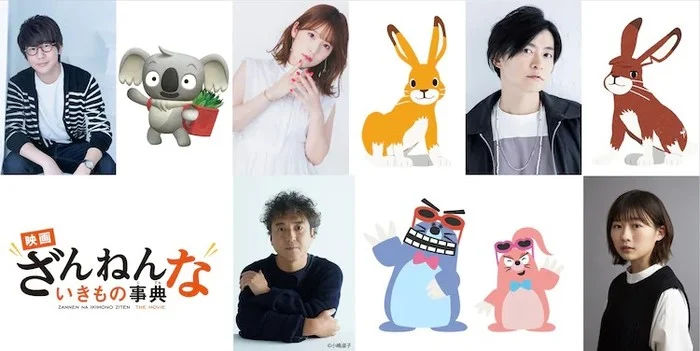 The cast members include Natsuki Hanae as Leroy the koala (top left in image above), Maaya Uchida as Usao the Japanese hare (top center), Hiro Shimono as Usagizaki-sempai, Tsuyoshi Muro as the story’s mole co-navigator Mogumogu (bottom left), and Sairi Itō as the co-navigator and Mogumogu’s daughter Gurara (bottom right).

Oniyakko Tsubaki (center in image below), Tsukasa Saitō (right), and Kōsei (left) will star in the film as the platypuses Rate, Pas, and Pura, respectively. The three characters are part of the film’s Australia segment “Leroy no Home Tree,” and form the Zannen Trio, who appear in the story in some scenes to sing. 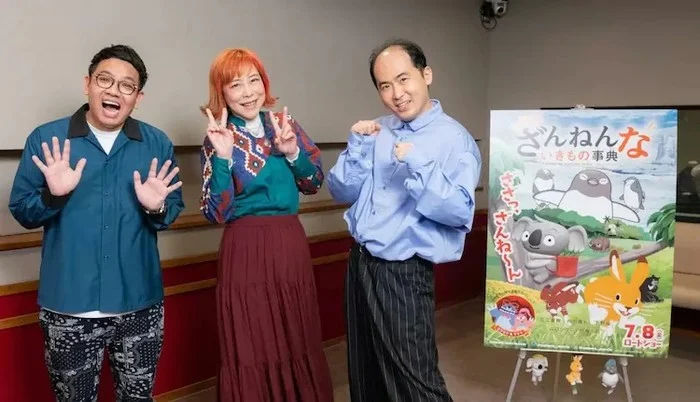 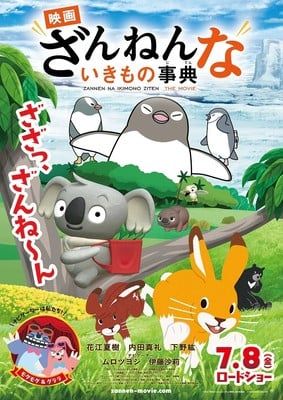 The film will open on July 8.

The book series’ Tadaaki Imaizumi returns to supervise the film, and Aeon Entertainment will distribute.

The book series offers humorous introductions to surprising animal facts, such as “raccoons don’t really wash their food,” “dolphins would drown if they fell completely asleep,” and “chameleons change their colors at will.”

GKIDS Releases Belle Anime Film on Home Video on May 17, Digitally on May 3