Netflix announced during its Geeked Week livestream on Tuesday that writer Haro Aso and artist Kotaro Takata‘s Zom 100: Bucket List of the Dead (Zom 100: Zombie ni Naru Made ni Shitai 100 no Koto) manga is getting a live-action movie that will stream on the service. Eiji Akaso will star as Akira. 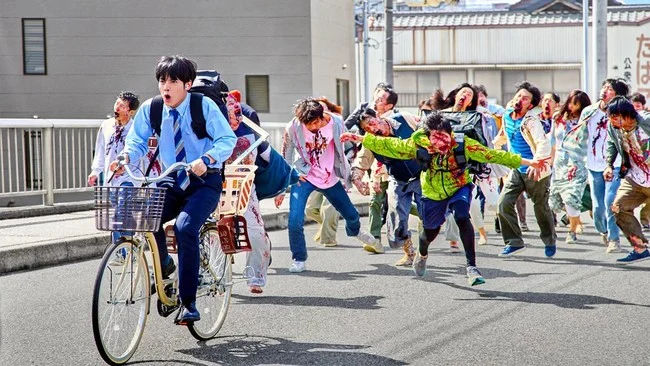 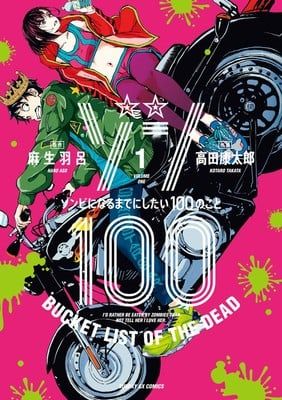 Viz Media licensed the manga, and it describes the story:

Surviving a zombie apocalypse beats being a wage slave any day! After spending years slaving away for a soul-crushing company, Akira’s life has lost its luster. He lives in a trash-filled apartment, his pay is abysmal, and he can’t even muster up the nerve to confess his love to his beautiful co-worker. But when a zombie apocalypse ravages his town, it gives him the push he needs to live for himself. Now Akira’s on a mission to complete all 100 items on his bucket list before he…well, kicks the bucket.

The manga debuted in Shogakukan‘s Sunday GX magazine in October 2018. Shogakukan published the manga’s 10th compiled book volume on February 18, and it will publish the 11th volume on June 17.

The manga was nominated for an Eisner award.

The second season of the live-action series of Aso’s Alice in Borderland (Imawa no Kuni no Alice) manga will debut in December. The first season debuted on Netflix in December 2020. It was the most viewed live-action series in Japan in 2020, and it ranked in Netflix‘s top 10 in 40 countries and territories worldwide.